You have new quote information. View My Dashboard ×

It is a helpful takeaway to remember that users get out what they put in. For those familiar with rotating and reciprocating equipment—such as pumps, motors and gearboxes—this certainly rings true, especially when problems arise. Considering the high demands (and high stress) placed on such intricate machinery, time is of the essence. Therefore, when things go wrong, it can be more beneficial to seek out a lasting solution instead of a temporary fix.

For process industries and applications, oil lubrication is used in rotating equipment to reduce friction and minimize the wear of bearings and components during operation. In these arrangements, particularly in gearboxes and gear reducers, it is common to encounter oil lubrication that has been filled to a level that could leak outside of the unit. Often, there are two main types of seals being used to help protect the bearings, each having its own considerations and limitations.

Traditionally, an oil seal (or lip seal) has been used to retain oil within these configurations. Unfortunately, extended use tends to lead to shaft wear and grooving, which affects the seal’s overall performance and causes oil to leak from the system.

In contrast, some end users prefer to use a noncontact seal, like a traditional bearing isolator labyrinth seal, to prevent wear in certain arrangements. However, these noncontact seals will not retain oil filled to this flooded level. This poses a problem because without proper or sufficient lubrication, internal rotating components can fail, causing extensive damage that might require repairs or replacement. And in these aggressive, flooded lubrication environments, those repairs are not cheap. Luckily, there are some things users can do, and some key indicators to look for, to help avoid trouble along the way.

When it comes to red flags, the most common signs to be aware of are frequent or premature failure of the bearings, frequent oil seal failure and shaft wear from oil seal contact. Further, a failed seal, or inadequate seal design, can also allow contamination to enter the oil lubrication, which might degrade the properties of the oil and cause equipment damage. This happens when the abrasive contaminants embed in the seal lip and mix with the oil, creating an abrasive slurry that eventually leaves a wear spot on the rotating shaft surface. Once this wear has occurred, it may also prevent a new oil seal from making proper contact to retain oil lubrication, thus increasing the chances of additional equipment failure or damage.

Bearing failure can result in a costly replacement and, depending on the extent of the damage, other internal components could suffer as well—requiring additional repairs. Yet, residual problems can stretch far past the equipment. For instance, oil spreading and leakage soon become Environmental Protection Agency (EPA)-related issues. Not only that, but the same also can raise safety concerns when factoring in related slips and falls. Both can lead to steep fines and regulatory violations. Perhaps worst of all, in addition to the fines and repair costs, is the lost revenue due to the production downtime. For some businesses, depending on the amount of time consumed by such maintenance requirements, the pain can become crippling once it starts affecting the bottom line.

What can be done? For starters, users have to decide what works best for their situation. Many plant managers choose the previously stated options and stay on top of the maintenance schedules that come with it. Neither choice is foolish.

However, a quick fix may not be the best route to take and the incorrect seal design for an existing application is bound to cause more harm than good eventually. While costs may be saved up front, cutting corners can lead to more repairs and more costly downtime later.

Rather, when equipment begins to fail, and when some of the aforementioned problem indicators are noticed, it is better to identify the why-behind-the-what of equipment failure and downtime. Getting to the root cause of the issue is worth the effort (and cost), versus merely placing a Band-Aid on the wound, so to speak.

Using an improved noncontact seal, designed to retain oil filled to a flooded level, can help provide better outcomes by solving these problems. There are a few additional benefits to consider. 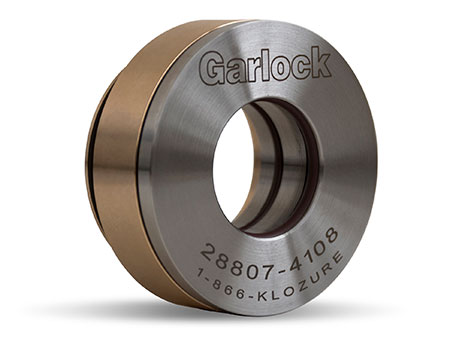 First, these improved designs can in many instances be installed on a damaged or grooved shaft surface. Such versatility eliminates the need for a user to resurface or replace a worn shaft.

Second, this type of design also will not further wear at the shaft surface, even if the seal is in contact with abrasive contamination. This ensures protection of the internal oil seal element from contaminants in the application, providing a pristine running condition and extended seal life. And with minimized loss of oil lubrication, users can expect extended oil life and a longer overall run time of the bearing. There can also be the added cost savings of improved safety and overall process efficiency.

High demands and high stress are manageable when all is well, but when problems arise, it is important to fight the temptation of a quick, easy remedy. Remember: Users get out what they put in. Consider a longer-term solution that will save money, protect the bottom line and, most of all, provide peace of mind.